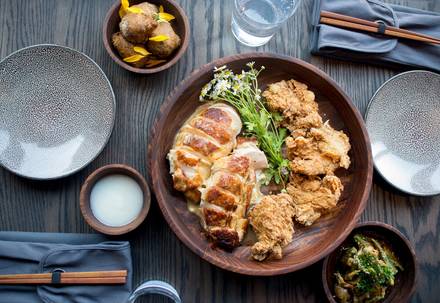 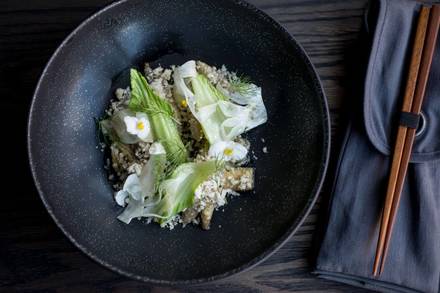 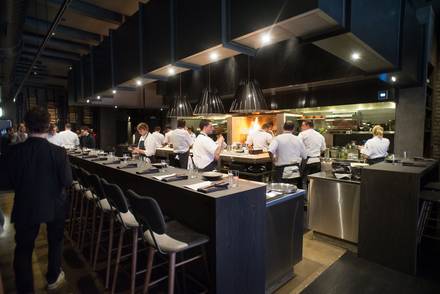 It's safe to say that Grant Achatz and Nick Kokonas own the corner at Fulton Market and Morgan Street. That's because they're behind four wildly successful establishments there: The Aviary, Next, The Office and 2016 newcomer Roister.

The latter is this dynamic duo's more price-conscientious effort, as it serves casual fare in a far less intimidating setting than their crown jewel Alinea restaurant as well as the others. Roister is where guests get to sample their versions of fried chicken sandwiches, steak and eggs, and shrimp 'n' grits as alt rock and old-school hip-hop pound the speakers.

During dinner is where Roister truly shines as Executive Chef Andrew Brochu cranks out a global menu of universal favorites taken to the next level. The highlighted dishes are recommended to be shared between two to six people: the 32-ounce, 30-day, dry-aged Porterhouse; a whole braised, poached and fried chicken; and Rohan duck served with Carolina Gold rice.

Where to Feast on Fried Chicken in Chicago A's List: Get a Taste of Chicago’s 2018 James Beard Nominees
Tweet
Are you the owner?
Subscribe to our Newsletter