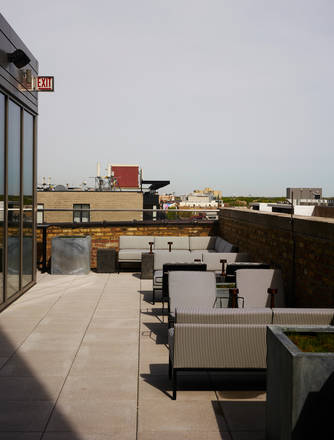 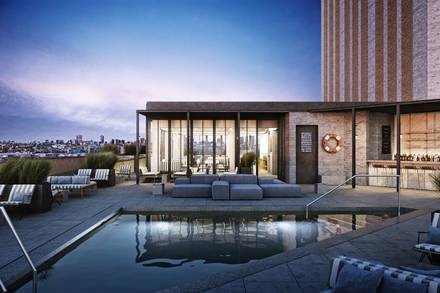 Here's a first: There's a rooftop pool lounge in Wicker Park. Located on the sixth floor of the chic Hollander hotel, Cabana Club is the laid-back alternative to Up & Up, which is situated on the rooftop of sister hotel The Robey. That property is adjacent to The Hollander.

A few aspects set the two apart, namely the fact that Cabana Club features a pool, one that's large enough for two to three people to wade in at a time. There's also the music. While Up & Up's soundtrack ranges from acid jazz to smooth groovin' house, Cabana Club cranks out Top 40 pop and Latin beats.

Cabana Club's prime time is during the day, while Up & Up glitters in the evening. And Latin-inspired elixirs like margaritas and mojitos and caipirinhas are offered at Cabana Club, while guests may sip on craft cocktails at Up & Up.

The 180-degree views are simply spectacular from Cabana Club. To the east, guests will be able to spot Chicago's 1,127-foot high John Hancock building as well as the tops of more earthly neighborhood churches. They may even catch a glimpse of a fast passing L train or two to get an authentic taste of city life.