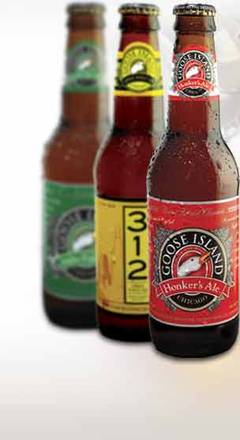 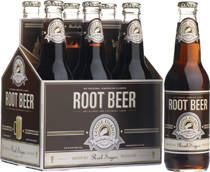 In 1900, Chicago had 60 breweries, making over 100 million gallons a year. But after Prohibition we had a long dry spell. For a city that once rioted over beer, whose first mayor owned a brewery and that still serves as home to one of the premier schools of zymurgy in the world to have no major beer manufacturer seems almost criminal. But Goose Island is on its way.

Now that small breweries dot the landscape, it's hard to remember that this was the start: The Midwest's first craft brewer and for many years Chicago's only brewery, Goose Island remains the city's largest; its Fulton Street plant produces over 600,000 cases of prize-winning Goose Island Beer annually. Products include 312 Urban Wheat Ale, Honker’s Ale, India Pale Ale, Matilda, Pere Jacques, Sofie and a wide variety of seasonal, draught only and barrel-aged releases such as Bourbon County Brand Stout, the original bourbon barrel-aged beer. The company also licenses its name for root beer and craft sodas.

It all began in this Clybourn Avenue tavern in 1988, when John Hall and his son Greg (who became the company brewmaster), opened Chicago's first brewpub. John Hall, who worked in the packaging industry, had read about boutique breweries in an airline magazine. In 2011, the Halls sold the operation to brewing giant Anheuser-Busch, but by most accounts neither the company culture nor the beer have suffered.

However, brewing has expanded to plants in Fort Collins, Colo., and Baldwinsville, N.Y., and distribution now reaches across the country.

Here and at the

Wrigleyville location, you can sample the company's full range of products, as well as a variety of seasonal beers brewed on site. Besides the beer, there's a full menu, and the food goes beyond the celebrated Stilton burger and other pub grub to items like a veal sweetbreads "BLT" and a tilapia po'boy.

Tours of the brewing operation, offered each Saturday and Sunday, book up weeks in advance